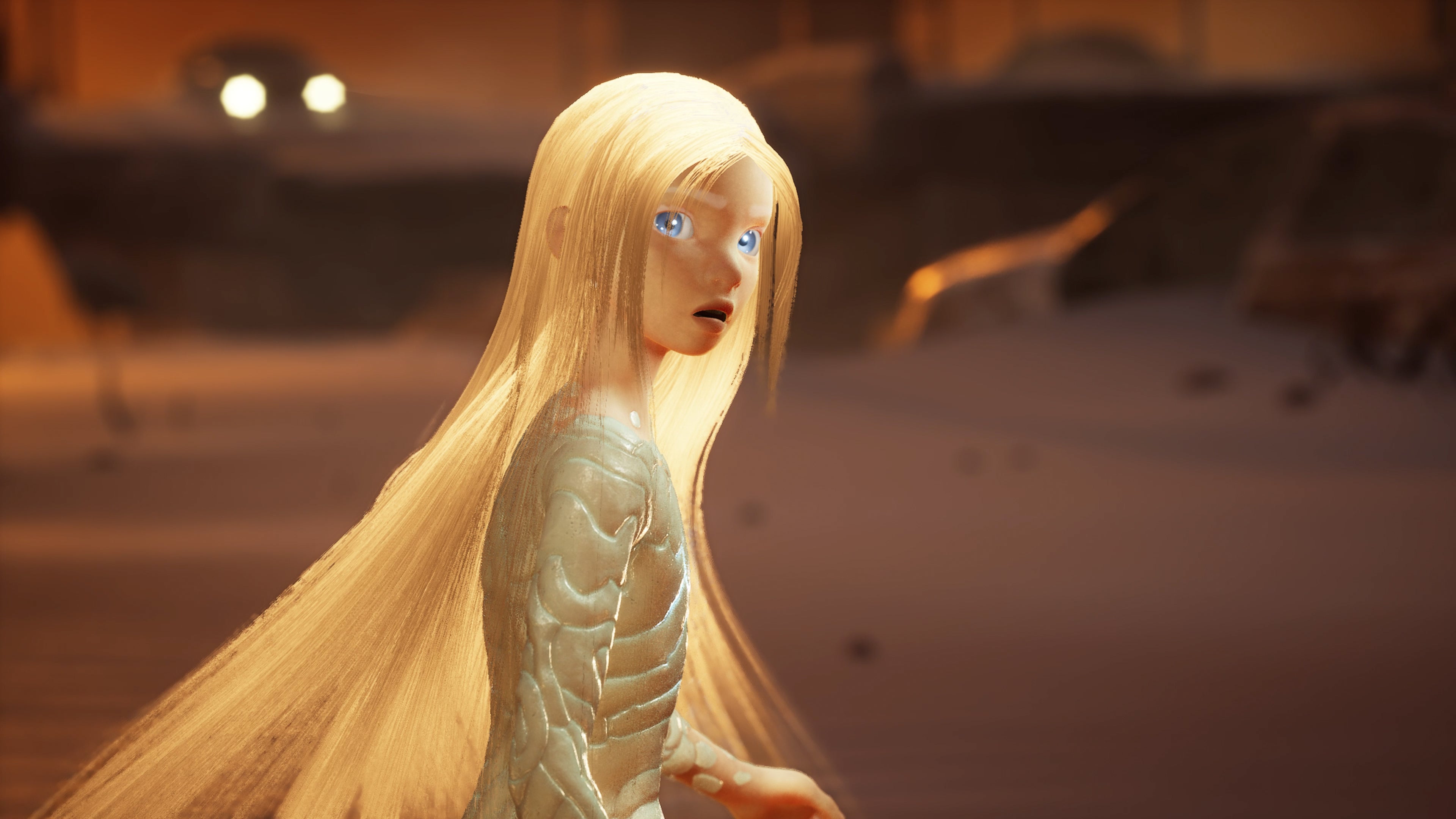 The results are in and the winners announced, but alongside the night’s top prizes more than 50 Game Awards trailers dropped in an over three-hour long show.


With a mix of DLC for well-loved classics and huge releases, as well as fully-fledged sequels to AAA blockbusters, the 2022 edition of The Game Awards definitely delivered on the trailer front.


To save you scrubbing through the whole ceremony yourself, here’s every Game Awards trailer from the night.


The Metroidvania genre is going full circle with the release of the Return to Castlevania DLC for the excellent Dead Cells. It’s releasing in the first quarter of 2023.


Staying on the vampiric theme, Vampire Survivors is one of the sleeper hits of 2022 and with a cheeky nod to the infamous Diablo Immortal reveal at Blizzcon, announced it’s out now on mobile devices.


Valiant Hearts launched in 2014 to much acclaim, and a new one is now “coming soon” to mobile.


As with most previously PlayStation-exclusive games, the dark and eerie roguelike shooter Returnal is making the jump as well.


Hellboy: Web of Wyrd looks to bring a comic-accurate take on the classic character. It’s coming to PS4, PS5, Xbox One and Series X/S and Nintendo Switch, but no release time-frame was given.

Horizon VR Call of the Mountain


In the first Aloy-adjacent announcement of the night, Horizon Call of the Mountain was revealed as a PlayStation VR2 game coming on February 22nd, 2023.


In the mould of classic Resident Evil games – there’s even a tape recorder to save your progress – Post Trauma looks to have a spooky atmosphere and puzzles in spades. No release window was given.


Mind-bending picture puzzle game, Viewfinder, was up next with a unique visual style. It’s coming to PS5, but has no release window.


Relic Hunters Legend is a Gearbox-published cartoon shooter that seems to take the endless loot mechanics of Borderlands and plonk it in a new, arcadey, 2D realm.

Among Us: Hide N Seek


From the Private Division publishing label under Take-Two Interactive, After Us is coming to PS5, Xbox Series S/X and PC via Steam in Spring 2023.


With beautiful lighting to match its pixel art-style, Replaced is about as Blade Runner as it gets. It’s coming in 2023.


The first really big one of the night, new characters were confirmed for Street Fighter 6 alongside the previously leaked release date of June 2nd 2022.


After the smash-hit success of beat-’em-up roguelike Hades, Supergiant Games’ next project is a sequel, Hades 2. It doesn’t have a release window yet, but is expected in early access in 2023.

A new game from Bioshock-creator Ken Levine, Judas, is coming to PS5, Xbox Series S/X and PC via Steam and the Epic Games Store. No release window was given.


A cutesy prequel to Bayonetta with a storybook artstyle is coming to Nintendo Switch on March 17th, 2023.

Ghostbusters: Rise of the Ghost Lord


The second VR game of the night, Ghostbusters: Rise of the Ghost Lord drops in 2023 for the Meta Quest.


The latest expansion for the never-ending Destiny 2, Lightfall, got a flashy new trailer and a release date of February 28th, 2023.


With a tribute to the long-time voice of Batman, Kevin Conroy, who sadly passed away recently, Suicide Squad: Kill the Justice League got a new trailer confirming his role in the game.


Party Animals is coming to Steam and Xbox in Early 2023.

The Last of Us Part 1 on PC


The remastered version of The Last of Us Part 1 was already slated for a PC release, but got a confirmed date of March 3rd, 2023.


2D platformer from the creator of Celeste, Earthblade, was the first game of the night to target a 2024 release date.


Based on Frank Herbert’s legendary series and borrowing the key aesthetic from the new movies, Dune Awakening is an “open-world survival MMO”. It doesn’t have a release window yet, though.


After a long slate of delays, Forspoken got a brief new trailer announcing a free demo that’s playable now.


In a flashy trailer, Genshin Impact looked to show off some of its new characters and locations.


It’s long been rumored, but Kojima Productions’ next game is a direct sequel: Death Stranding 2. There’s no release date yet, but it’s confirmed for PS5 with Norman Reedus, Lea Seydoux and Troy Baker returning.


With the EA Originals tag, Immortals of Aveum looks like a big-budget, magic-infused action game and is coming in 2023.


Not to be outdone by it’s main fighting rival, Tekken 8 dropped a huge new trailer that confirmed it for PS5, Xbox Series S/X and PC, but with no release date.


Blending eldritch magic and fairytale creatures, Nightingale looks heavy on crafting and exploration. It’s coming to PC via Steam and the Epic Games store, but doesn’t have a release window.


After a long period of Early Access, Baldur’s Gate 3 is getting a full release in August 2023.


Fantasy, third-person looter, Wayfinder is coming to Steam, PS4 and PS5, with a beta next week.


The next Fire Emblem, Fire Emblem Engage got a new trailer for its paid expansion pass DLC. THe first wave launches alongside the game on January 20, 2023, with three further waves also dropping throughout 2023.


The next full entry in the blockbuster ARPG series, Diablo 4, finally drops on June 6th, 2023.


After the game’s release in early 2022, the main story DLC for Horizon Forbidden West, Burning Shores drops on April 19th, 2023.


Dark fantasy shooter, Remnant 2 is coming to PC via Steam and the Epic Games Store, as well as PS5 and Xbox Series S/X, but doesn’t have a release window yet.


A new Transformers game is coming from the studio that made Gears Tactics. Let’s hope it’s better than the moody piano Bon Jovi cover in the trailer.


Company of Heroes 3 was confirmed for PS5 and Xbox Series S/X with a 2023 release window.


The third VR game of the night and second for the Meta Quest, Behemoth is a dark fantasy adventure with sword combat.


From one of the most versatile studios going, DontNod – who’re responsible for both Life is Strange and Vampyr – Banishers: Ghosts of New Eden looks like a third-person fantasy action game.


Also from Focus Interactive, a new Warhammer 40K shooter – which nails the model look – SpaceMarine, is coming in 2023 for PS5, Xbox Series S/X and PC.

Next up, a brief reminder of the next-gen update for The Witcher 3, coming December 14th with new content based on the Netflix show, was shown.


You’ve seen Crash Team Racing, but what about Crash Team Rumble? It’s slated to release in 2023 for PS4, PS5 and Xbox One and Xbox Series S/X.

The Lords of the Fallen


Surprisingly the only game of the night to feature Vanilla Ice, Crime Boss: Rockay City includes a ton of Hollywood names – and Chuck Norris.


A brand-new trailer, with Idris Elba no less, for the new Cyberpunk 2077 DLC was shown with a release window of 2023.


FromSoftware’s next game is Armored Core 6 and is set for 2023. Not only is it a mech game, but it’s also apparently a cross-generation release that slated for PS4, PS5, Xbox One, Xbox Series S/X and PC.


The penultimate trailer of the night was from Koei Tecmo and EA, showing of the fantasy-action game, Wild Hearts.


And last but not least, a huge new trailer for Final Fantasy 16 confirmed its release date of June 22nd, 2023.